FANTASTiC | 26 October 2019 | 8.15 MB
A collection of camera sounds recorded from a Nikon D50 and D80 DSLR cameras. Shutter clicks at various speeds plus many of the switches and dials.

FANTASTiC | 05 June 2019 | 3.59 GB The GMC Savana (identical to a Chevrolet Express) is one of the most popular vans in North America. It has a 6.0L, small block V8, 361 hp engine with a 6-speed automatic transmission. This library features a full range of speeds and performances, recorded from interior, onboard (engine/tailpipe) and exterior perspectives of a 2010 model. Also included is a full... 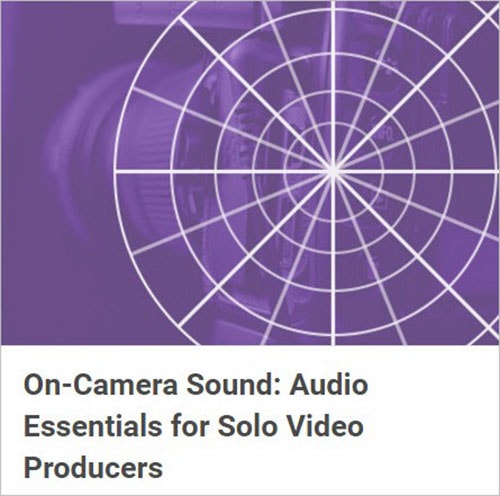 P2P | March 28 2017 | 498 MB Getting good audio in the field can be a challenge. In this course you'll learn everything you need to record sound as a solo video operator, from gear and rigging and mic technique to on-camera recording basics. By the end of this course, you'll know how to record great audio without losing focus on what's happening around you or the picture in front of you....

P2P | May 31 2016 | 1.16 GB Audio shouldn't be an afterthought when it comes to video production. It's "half the picture." But many people who shoot with DSLRs don't monitor or supplement the sound that comes from their camera. This installment of DSLR Video Tips answers the most common questions about recording audio for video:...