Team MAGNETRiXX | 24 May 2014 | 1.51 GB
Have you got the chops to bring back da funk? This mirror ball of digital elements spins a shimmering collection of funky disco guitar loops into the 21st century! There's nothing like the suave swagger of a funky guitar loop to energize your mix and we hit the Prime Loops studio with our favourite six string slinger to freshen up this classic sound for use in any contemporary mix!

Ideal for pop, electro, house and a huge range of diverse genres, Neo Disco Guitars was constructed from scratch by our very own six-string virtuoso Sid, who says:

“As a composer, guitarist and music producer I often find myself using funk inspired guitars to add some extra movement and groove to a track; be it funk inspired or not. With the explosion of tracks like ‘Get Lucky’ – Daft Punk, bands such as HAIM and Nile Rogers and the Chic revival, these licks and riffs can help to add that soulful vibe to whatever track it is that you’re producing. Whether they are electronic dance or organic live instrument based songs, you should find what you’re looking for amongst these samples. All the samples were recorded with a Custom US Stratocaster and have been for the most part left bare and clean for you to run through whatever plug-ins you see fit. With some variants on tone and different amp models (VOX and Orange tube processors) you should find everything you’re looking for and more in this Funk Guitar pack”.

Strutting in with over 450MB of diamante studded samples, Neo Disco Guitars drops a shimmering mirrorball-clear selection of funky rhythms divided into 4 stacked folders of Amped, Clean, Extra Funk and Lead. The 'Amped' folder features a dirty overdriven collection of picked and strummed loops whilst the 'Clean' folder houses a crystal clear selection of super-catchy unadulterated chord sequences and riffs. Within 'Extra Funk' you'll find highly charged set of loops with a powerfully punchy town and the 'Lead' folder throws out a hot assortment of funky licks and riffs recorded through a balmy warm valve amplifier.

Neo Disco Guitars totals at 184 stimulating samples straight into your DAW via direct download, delivered at an pure 24-bit sample rate. Each of these files can be dragged straight out of your download folder and dropped into any major piece of software. Key and tempo information is displayed clearly in every filename but you can shift the speed of any of these samples by simply stretching out the stem in your mix for a slower tempo squeezing it down for a faster tempo!

So get ready to channel the vibes of funky disco in the contemporary audio arena. Neo Disco Guitars is all tuned up and ready to slip its suave staccato grooves into the mix! As standard with every release from Prime Loops, Neo Disco Guitars is supplied 100% royalty free… that means you get to spend less time on those sample clearance forms and more time on your productions (or modernizing those classic John Travolta dance moves).

AUDIOSTRiKE | 24 July 2015 | 461 MB Electro Disco Funk Guitars from Fox Samples is an amazing new product that will make your next record a hit! If you are looking for live disco funk guitars that will fit on your next electro track, look no further. All guitar loops come with effects and without, and are all recorded at 128bpm. Time to give your Electro Funk track some groove!...

AUDIOSTRiKE | 02/06/2015 | 95 MB SM Studio returns with a second volume of disco and funk guitar riffs, leads and licks inspired by guitar heroes such as Nile Rodgers, George Benson and Leroy Bonner. Performed and recorded with a host of classic guitars, amps, pedal and mics to create an inspiring and diverse collection of loops oozing with authentic funk and soul....

TEAM MAGNETRiXX 17 December 2013 | 130 MB Sample Magic's new SM Studio imprint launches with 100+ guitar riffs, leads and licks inspired by the world's greatest disco guitars - all served dry for maximum flexibility and ease of use. Inspired by guitar legends such as Nile Rodgers, George Benson and Curtis Mayfield, the collection oozes authenticity, making them ideal for any genre that requires... 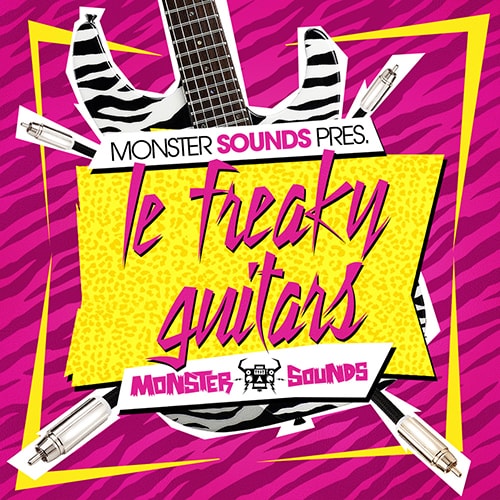 AUDIOSTRiKE 23/06/2015 | 293 MB Le Freaky Guitars has captured the essence of the late 70s and early 80s funk disco Guitar licks bringing a set of sounds influenced by the guitar playing skills of significant bands from this era such as Chic, the Commodores, Kool and the Gang with players such as Nile Rodgers and Tony Maiden dropping iconic riffs that made this classic sound so timeless. Even now...