FANTASTiC | 26 June 2016 | 2.94 GB
Subways & Streetcars is a professional sound library featuring the sounds and environmentals of a modern major metropolitan transit line and 3 different vintage early 20th century electric passenger streetcars. This 4.38 GB library is built for sound designers, as well as musicians and composers looking for fresh sonic ideas to explore and manipulate. The sounds are standard wav files that can be used in any audio program and you'll find each wav clearly named and organized to make searching a breeze. The Kontakt presets take it a step further and put all of that excellent content into an easy plug-and-play interface, whether you're using it for music creation or pure sound design.

The modern high speed Bay Area Rapid Transit (BART) train system is located throughout the greater San Francisco Bay region. We recorded all 3 car models (Type A, B and C cars), capturing a variety of underground and surface lines, riding at various speeds, track conditions and passenger densities. You'll also find authentic environmental ambiences in and around a variety of stations. We also recorded a classic urban metro rail unit from the Key System, an urban streetcar network that once served Oakland, CA and the San Francisco East Bay until the late 1950s. The third streetcar type is an Interurban Combine from the Petaluma-Santa Rosa Railroad. This combination passenger/freight unit served as a link between communities around Marin County at the turn of the 20th century until the mid 1930s. The last streetcar in this collection is a metropolitan single-car tram from the 1930s, most likely originally used in Melbourne, Australia.

We’ve also designed 35 distinct dark, dystopian rail atmospheres, pads and evolving drones. They provide stylistically compatible moods and textures to the source content and are excellent on their own, when used in any context. This library includes a convenient CSV file for easy import into many common sound library database tools. We’ve also carefully programmed all of the content into powerful instrument interfaces for Native Instruments' Kontakt virtual sampler (VST, AU, AAX). Each preset includes a number of important sound shaping and mixing features, ram-efficient sample loading and unloading, and a great collection of convolution impulses, with lots of different spaces and special FX to choose from.

The NKI instrument presets included with this library are designed for the full retail version of Native Instruments Kontakt 5.1 or later. Kontakt is an industry-standard advanced virtual instrument / software sampler platform that can be loaded into most major sequencers and audio hosts or used as a stand-alone application. Learn more about Kontakt by Clicking Here

Check out screenshots of our custom graphical user interface for Kontakt in the image gallery above. They provide a wide range of sound shaping parameter controls, each one totally automation-ready in your host environment or Kontakt's stand-alone mode.

This is a standard Kontakt open-format library, so the free Kontakt Player does not support this open-format Kontakt library. However, the sample directories are fully accessible to allow user customization, import and mapping into other wav-compatible software, sampler and synth formats.

The special Libraries tab doesn't support this open-format Kontakt library, but you can use the standard File browser tab, or import this library into the Kontakt database and Quickload tools for easy navigation, loading and organization.

P2P | 12 August 2016 | 68.26 MB This library is pretty much exactly what it sounds like it should be all about: A pack of rowdy elven folk singing as an ensemble, with sustains, short staccatos and long staccatos/semi-marcatos in multiple dynamics over a fairly wide range. Also included are meaty shout/yelp impacts created through a little excessive hammer on elf groin violence.We recorded...

FANTASTiC April 30 2016 | 2.61 GB Traveler Organ is a multi-sampled instrument library featuring an early 20th century Clough & Warren flat-top reed organ. A variety of stops and articulations were meticulously recorded dry in studio, with high quality noiseless preamps and a trio of Neumann microphones, capturing all the subtle nuances of this wonderful instrument. We captured a variety of stop... 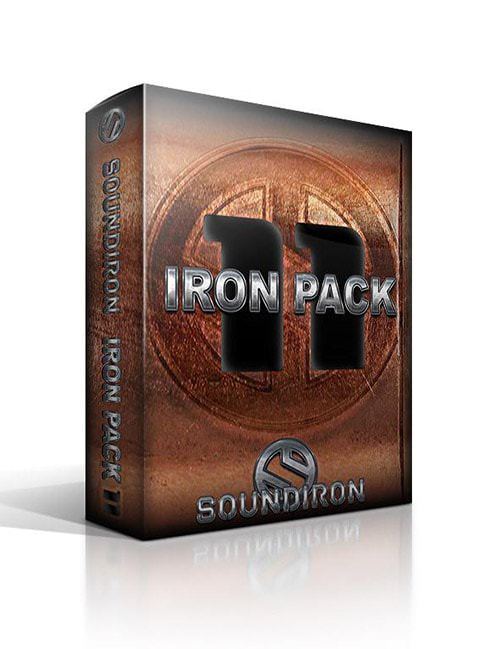 P2P 03 January 2015 | 68,66 MB The Soundiron "Iron Pack" series is a line of compact, affordable, unique and great-sounding virtual instrument libraries for Kontakt and universal SFZ formats. Click on the drop-down menu next to the Cart button to select from our 11 different Iron Packs....

Team: KRock | Date: April 24 2013 | Size: 1.21 GB The Musique Box is a complete collection of deeply multi-sampled music boxes with a huge range of extended content, powerful custom interface and cutting-edge performance features. We captured 11 different music boxes plus wind-up sfx, in a variety of environments and configurations, from bone dry, to concert hall, to submerged in a bathtub. We...