FANTASTiC | 18 April 2019 | 272 MB
Whoosh Sound Effects. These are sounds that are short transition effects, that sounds like a whoosh. Like something flying by fast in the air. You often hear the whoosh effect used as a sound effect in movies. For example in fights when someone swings his fist or weapon towards the opponent, making a whoosh sound in the movement, followed by the punch or hit sound.

The whoosh sound effect is mainly made up from white noise, like the sound of the wind for example. Meaning it doesn't really have a tonal pitch, at least not that prominent. But it has movement in it, that quickly changes its tonal center, and sometimes even the stereo field.

The whoosh sound effects is very effective before a transition point, but since these are shorter sounds, they also work great to simply introduce a new part in your music. And especially just before a big hit or impact type sound.

You will now learn from practical live examples and demonstrations: how to create your own whoosh type sound effects in various styles. So let's continue in the next video, right now!

P2P | 23 June 2014 | 191 MB Whoosh is a true sound design instrument and enables you to create breath taking whoosh and pass-by effects. It is possible to precisely design sounds varying from whistling wind whooshes to air ripping engine pass-bys or completely over the top granular sci-fi effects.... 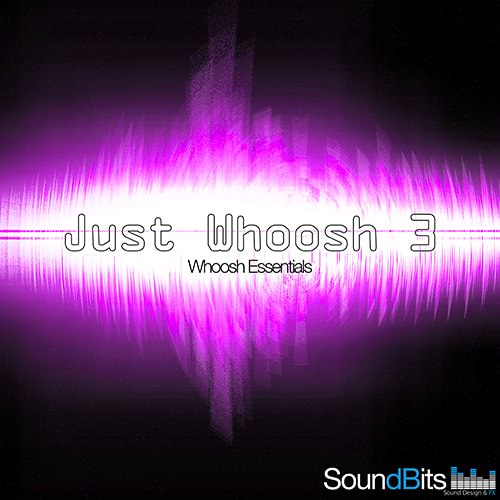 FANTASTiC | Oct 31 2017 | 688 MB The “Just Whoosh 3 | Whoosh Essentials“ Sound Effects Library from SoundBits contains 575 recorded ‘whoosh’-sounds. Some of the props that were used: cloth blankets, jeans and leather and nylon jackets, fishing rods, boom poles, bamboo/wood/metal/plastic sticks and ropes with things like spatulas attached to on end, chains, a torch and some passing by cars. Most...

TEAM MAGNETRiXX | 30 March 2014 | 20 MB A Whoosh creation tool of epic proportions... Whoosh Machine v2.0 is a powerful tool that combines white noise and raw-synth oscillator selectors to create huge riser and downlifter effects. Why use pre-made whoosh samples when you can easily make your own original, face-melting transitions using the Whoosh Machine v2.0....