FANTASTiC | 03 July 2020 | 483 MB In need of a new sample pack to spark up your productions? Get ready to…
NastyTrax Kato On The Track Melodies Vol.1 WAV

SYNTHiC4TE | 28 September 2018 | 962.5 MB
Electronic Music wiz Fabio Lendrum shows you how to produce a Trap track from start to finish, including everything that goes on in between. See how to produce this incredibly popular style of music step by step, using your DAW, various plug-ins, and the included downloadable tracks from the production. Get the info you need to make your own Trap masterpieces now.

Shown in Logic Pro X, but applicable to any DAW, Fabio begins by welcoming you and then gets right to it, showing how to choose the right samples for the job, and lay out a solid pulse using a hi-hat sequence. Then it's all about the drum production, where you'll learn to choose the right kit pieces and program them, while adding more as you go along, creating an exciting, infectious drum part.

Synth instruments are next, and Fabio reveals how to choose notes that are in the right key so they all work together to create an interesting melody, and then make a thick pad sound that offers a solid foundation to put your other elements on top of. You'll then see how to create a fat 808 bass part, and sample your own sounds to create a custom synth.

Vocals are next, and Fabio reveals how to program and effect them for that now classic Trap sound and feel. After that you'll see how to make the final touches to the production, and then it's mixing time. Discover how to EQ, Distort, Saturate, Effect, Compress and Sidechain different sounds to make a cohesive mix that suits the Trap genre. Tweaking the final arrangement is then shown, as well as how to master the production, and more.

If you're into Trap music and want to know how to produce it, or just want to know more about the genre and it's elements, this video tutorial series hits the nail on the head... watch "U Produce™ Trap" now.

SYNTHiC4TE | 06 July 2018 | 91 MB Electronic Music production pro Josh Bess presents a series designed for the new producer on how to make Samurai Trap music! Quickly learn the important basic concepts as well as the important first steps that every producer who is just starting out needs to know when making this type of Trap music....

P2P | 20 January 2017 | MP4 + Project Files | 661 MB Super producer Paul Ortiz pulls back the curtain on the style of Post Malone in this in-depth U Produce™ series! See how to make an authentic track in the style of Post Malone step by step from scratch. Shot in Reason 10, the ideas and techniques will work with any DAW, and the Reason 10 session is also included!... 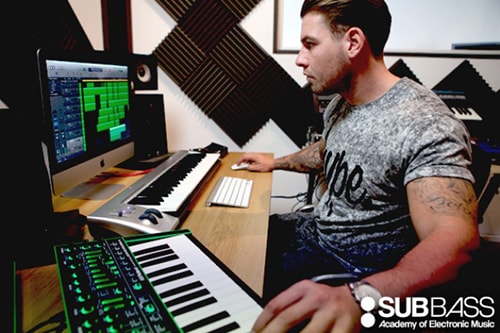 SYNTHiC4TE | Feb 19 2017 | 884 MB Music Production with Logic Pro X - Level 1 is perfect if you are new to Logic X and music production, the level 1 course would also benefit users of earlier versions of Logic as we will show you loads of new updates and techniques exclusive to Logic X.... GET TRAPPED NOW Reason 7 super user Al Swettenham is back with another series and this time it's all about Trap! Join Al as he shows you how to use Reason 7 to create a killer Trap track containing all the elements of this hugely popular and successful genre of music, from the ground up....