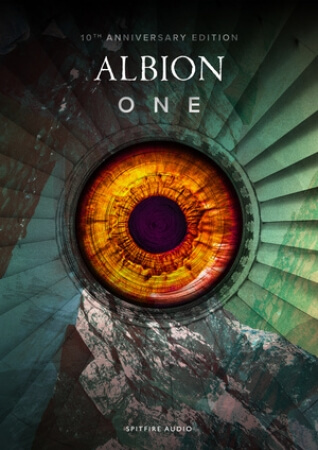 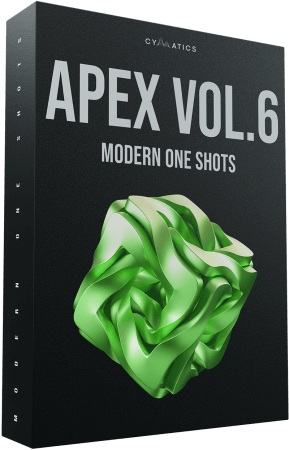 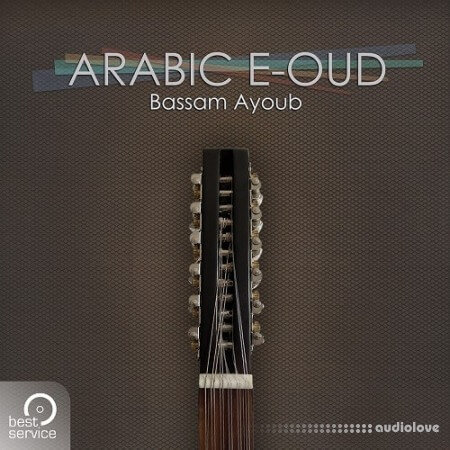 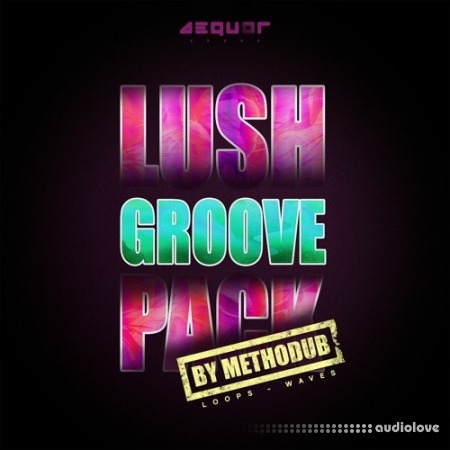 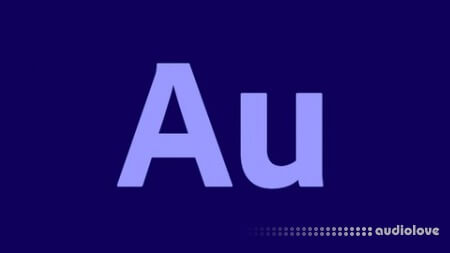 P2P | 11 December 2021 | 51.98 GB
Albion ONE is a renowned, industry-standard orchestral sample library that provides all you need to make film music. This title comprises a 109-piece orchestra, accompanied by a thunderous cinematic percussion section, recorded at the world-famous Lyndhurst Hall at AIR Studios in London. Plus, there are warpable loops designed by award-winning engineers and an enormous steam synthesiser.

Albion ONE contains high dynamics and energy while being versatile across multiple genres. Choose from four microphone positions and a high range of articulations including our esteemed legatos, for extra control. Equally suited to first-timers and established composers alike, this industry-standard product is the perfect place to start and go as deep as you want.

In order to create a great film scoring tool, you need to go where the best film scores are recorded. London's AIR Studios was founded by Sir George Martin, the legendary producer often referred to as the “Fifth Beatle”. AIR's Lyndhurst Hall has been the first choice of Hollywood directors for years, and countless blockbuster scores have been recorded there (Lord Of The Rings, Interstellar, Justice League, Harry Potter, Pirates Of The Caribbean - the list goes on). The Albion ONE orchestra was recorded by award-winning engineers using world-class equipment: priceless ribbon and valve microphones through Neve Montserrat preamps, the largest 88R Neve console in the world and onto pristine 2” tape, before being converted with top-of-their-class Prism AD converters at 96k. No expense was spared to capture this Collection in exactly the same way as is done for film.

The original concept of Albion was simple - it had to be everything you would need to score a film, in one complete product. Spitfire Audio brought together 109 London's finest players, who regularly feature in Oscar-winning film score sessions and major global concert performances, and recorded them performing a range of different techniques: short notes, long notes, tremolos, pizzicatos and so forth. Each of these techniques are captured across a range of notes, and by section (Brass Low, Mid and High, Woods High and Low, and Strings), affording you the flexibility to program and perform your orchestral composition with complete control.

Albion ONE features Spitfire Audio's signature legato articulations, combining adjoining samples to give ultimate musicality, and runs, where a signal note triggers the recording of a section playing phrases.

When it comes to microphone positions, there are four options (close, tree, outriggers and ambient) to suit the style of music you are writing and the scale you wish to achieve. You are also provided with a popular 'ostinatum' designer that allows for the instant creation of exciting, tense or action-packed rhythmic passages.

What about drums? The majority of film scores will benefit from some kind of rhythmic accompaniment. Whether it is gentle undertones right through to full-scale mega hits, Albion ONE has everything you need to build your score with a solid foundation. Also recorded at AIR Studios' Lyndhurst Hall, Spitfire Audio gathered together some of the largest drums in London. From hi sticks to low taikos and toms, plus the recently added Easter Island hits, some in sections and some solo have been recorded with a dash of blockbuster-style hyped percussion included for good measure. To wrap things up, Jake Jackson, Spitfire Audio's highly experienced Chief Engineer and AIR Studios resident brings added punch thanks to his superb mixes.

All these samples are accessed through the Kickstart engine - an interface that makes it simple to map and perform drums in your chosen DAW.

In addition to single hits in AIR Studios, Spitfire Audio has captured hundreds of raw and warped loops from original recordings made at the Spitfire Audio studio, featuring heavy-hitting percussionist Paul Clarvis (Spectre, The Dark Knight, Harry Potter, Star Wars). Brunel Loops is a module based on the highly powerful eDNA engine - the perfect tool for mangling your music. It allows two input sources to be warped, sequenced, affected and blended, all in sync - meaning there are endless possibilities when it comes to creating loops that sound completely your own.

With the latest update of Albion ONE, 100 new Stephenson's Steam Band presets are included, made by Spitfire Audio founders and composers Christian Henson and Paul Thomson.

Alongside this, the recorded orchestra material has been taken to the absolute limit - everything that you can possibly imagine has been done to it. It has been pushed, pulled, stretched, squished and squashed; Spitfire Audio has processed it using everything from priceless vintage outboards to crappy guitar pedals. Much like Brunel Loops, this library is contained within the fully tweakable eDNA engine, making Stephenson's Steam Band synth a dynamic, limitless orchestral-synth engine unlike any other. Using it is easy, and it will become the first tool you grab when you want to make pads and effects that bridge the gap between orchestral and electronic.

Albion ONE is a sample library built to work seamlessly with Native Instrument's Kontakt Player. It's also NKS-ready - pre-mapped and ready to play, with light guides for visual key switches, splits and mapping feedback, and hardware library browsing.

In the latest edition of this flagship product, updated to celebrate Spitfire Audio's landmark 10th anniversary year, the initial Albion “legacy” product has been expanded and re-recorded to go beyond:

MAC SYSTEM REQUIREMENTS:
Mac OS X 10.10 or later. Minimum: 2.8GHz i5 minimum (quad-core), 8GB RAM. Recommended: 2.8GHz I7 (six-core), 16GB RAM. Apple Silicon/ARM not yet supported but available via Rosetta 2. Machine must be connected to the internet during install. 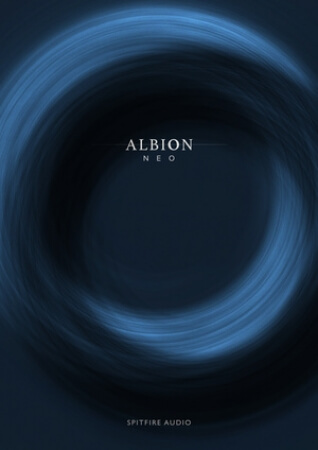 P2P | 10 December 2021 | 55.34 GB Introducing the next chapter in our bestselling Albion series: Albion NEO. At the heart of this modern cinematic collection is a chamber-sized orchestra with a super intimate string section, split by divisi across all articulations for incredible definition and expression - all captured in the beautiful resonance of The Hall at AIR Studios.... 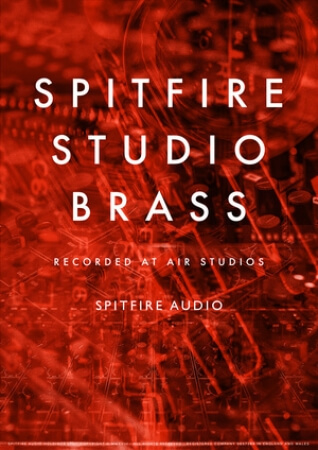 Team DECiBEL | 09 July 2021 | 7.40 GB SPITFIRE STUDIO BRASS - YOUR CREATIVITY, YOUR CONTROL Spitfire Studio Brass is the second release in our vital all-new Spitfire Studio Orchestra range. Two years in the making, our ambition was to create an incredibly versatile pro-end dry stage sample library. By choosing the crisp and vibrant setting of AIR Studio One - a smaller, more controllable space... 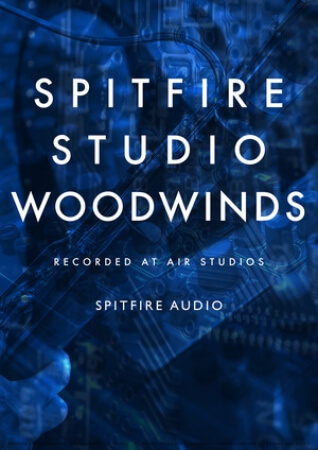 Team DECiBEL | 09 July 2021 | 9.50 GB SPITFIRE STUDIO WOODWINDS - YOUR CREATIVITY, YOUR CONTROL Spitfire Studio Woodwinds is the third and final release in our vital Spitfire Studio Orchestra range. Our ambition was to create an incredibly versatile pro-end dry stage sample library, and by choosing the crisp and vibrant setting of AIR Studio One - a smaller, more controllable space than the...

Team DECiBEL | 05 September 2020 | 12.29 GB YOUR CREATIVITY, YOUR CONTROL Spitfire Studio Strings marks the first release of a vital all-new Spitfire Orchestra range. Our ambition was to create an incredibly versatile pro-end dry stage sample library. By choosing the crisp and vibrant setting of Air Studio One, a smaller, more controllable space than the opulent Lyndhurst Hall, we offer our...