Team R2R | 19 September 2020 | 32 MB All DOTEC-AUDIO products, both for Windows, are now compatible with VST2…
Field and Foley Sounds of Rwanda WAV

Flare | 15 September 2020 | 310 MB
Experimental electronic artist Stephen (aka Stephen Swartz) explores a deeply layered resonance propelled by societal issues and personal perception of modern culture. In 2016, the LA-based singer/songwriter/multi-instrumentalist released his debut LP, Sincerely that garnered critical praise from outlets such as TIME, Billboard, VICE, FADER, and Independent. This set things in motion for Stephen's wide-ranging vision for global and political change through a penchant for numerous genres, thematic narratives, and a profound intimacy often absent within modern electronic music.

After touring behind the triumph of Sincerely, Stephen suddenly had to take a break from music. In 2017, he was stricken with Lyme disease that set him back a year as he went through a massive crisis of life-changing experiences. After returning in early 2019 with the release of his EP, It's Too Much Love To Know My Dear, Stephen bought a one-way ticket to Thailand to reconnect with himself. For a moment he lost himself, wrapped up in the beauty of the unknown, and returning with inspiration to travel down another road.

Now in 2020, Stephen is ready to shed old skin and connect with people beyond the power of just music. His upcoming music comes from an honest yet vulnerable place and is shaping up to be unlike anything he's made in the past.

This pack is a result of his dedicated studio time fueled by sushi and mixed with quite a bit of fun.

Flare | 13 August 2020 | 90 MB Westwood Sounds proudly presents the first ever vocal sample pack from hiphop icon and Jurassic 5 founding member, Chali 2na. Following an illustrious career spanning 3 decades of hiphop stardom, Chali’s stature as one of hiphop’s most charismatic personalities is evidenced in his growing list of collaborators and discography. Regularly touring the world and hitting...

How Shostakovich Changed My Mind 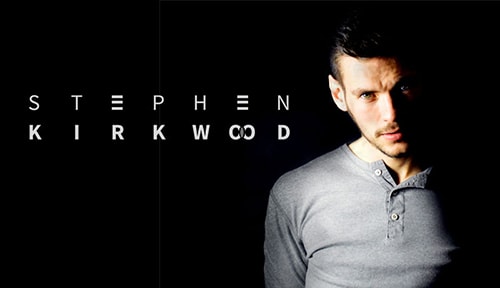 SYNTHiC4TE | April 12th 2017 | 199 MB This week Chris chats to Scottish producer and DJ Stephen Kirkwood. Featured on FSOE, Ministry of Sound, Blackhole Recordings, Lange, Outburst, JOOF, DOORN and Spinnin’ Records, Stephen has become highly regarded by his fellow producers since 2009 and is founder and director of the renowned SKapade Studios in West Dunbartonshire....

Comments for Splice Sounds I ordered takeout and all you got was this stupid sample pack WAV: