SYNTHiC4TE | 01 January 2016 | 1.50 GB
The name Swarmandal combines swara (notes) and mandal (group) , which represents the ability to produce a group of notes. This instrument is used as an accompanying instrument for vocal Hindustani classical music. It is also known by the name of Sur-mandal.

The Beatles' 1967 single “Strawberry Fields Forever” features a swarmandal, played by George Harrison, as does “Within You Without You”, from the band's Sgt. Pepper's Lonely Hearts Club Band album.

Main purpose of Swarmandal Library is to have

1) The ability to produce “raga pakad” phrases (melodic theme of raga) on the keyboard in a realistic way.
2) The ability to play swarmandal chromatically on keyboard which is not possible with real instrument

With this library you can map your own raga phrase in mapping zone to create a swarmandal effect and also use the playing range to play your melody.

30 Raga Presets are included within the library along with quick basic notes on each raga .

The library was recorded with plectrum and thumb , all the strings were plucked in specific way which is very similar to “Sarod” plucking style creating a rounded stable sound. Overall instrument sounds really emotional due to the careful plucking style.

We have included extra features like legato , velocity sensitive choke , Each note micro tuning controls and Unison pluck /finger articulation with detuning effect in the instrument. All these features make this instrument playable and unique sounding instrument.

SYNTHiC4TE | 29 November 2019 | 1.69 GB Whether you're adding a tabla loop to your melody or exploring the classical raga scales played on the sitar, Indian Raga samples master musicians of Indian classical music...

FANTASTiC | 06 March 2019 | 739 MB 'Eastern Strings & Things 2' is an iconic collection of sounds from a mystical and wondrous land, 100% Royalty-Free to use in your productions. It brings you 806 MB of refined Eastern sounds to infuse upon your music, adding magic and good vibrations to your productions....

FANTASTiC 16 June 2016 | 1.85 GB “Surmandal” also known as “Swarmandal” is a small Indian harp. It is generally used to accompany vocalists playing arpeggios and notes with the right thumb in Hindustani Classical music. The Surmandal was used in The Beatles songs “Strawberry Fields Forever,” “Lucy in the Sky with Diamonds,” and “Within You Without You”, plucked with a guitar pick like we have... 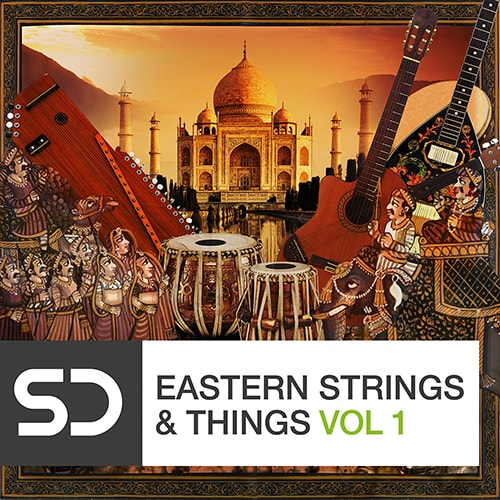 AUDIOSTRiKE 02/09/2015 | 788 MB The collection of loops and one shots in this selection were produced on instruments that are hybrid in nature they are bespoke and are not commonly found in your average music shop or any other loop packs!...