Right Drum when tuned down sounds like “Pakhawaj” (Indian Traditional Percussion Instrument), we have also included pakhawaj style midi loops just to show the capability of instrument.
Bonus Midi loops includes – Basic Indian traditional style of rhythms in 4/4 and various complex patterns in 15/4 , 11/4 , 7/4 , 10/4 etc. It also includes various Complex kaidas in 4/4 and Lagi -Laddi Patterns used in “Keharwa Rhythm Patterns”. User can improvise midi patterns and change sound via mic positions/tunings /panning and velocities to get amazing sound.
Library also includes special effect controls like mute,doubler,heat and wide – along with basic effects and 7 impulse response reverb made specially for this library.
Bonus Patches also come with “Solo Tabla” which are performances based in various creative style.
“Solo Tabla” and “Tabla Loops” Library are recorded in same room with “Royer Ribbon Microphone” and other microphones.

You can now remap the tabla bols ( Strokes ) from the main UI - Remapping will intelligently shift the name of the sound displayed in parameter display/Colour and other modulations attached to the key.

We are using this features in many other ways - Like we are using bass drum of Dholak(Private Library) and Right drum of Tabla (Left drum Volume of Tabla can be turn down via UI ) to get entirely new texture/new kind of drums.

P2P | 07 November 2019 | 1.51 GB This is the most comprehensive, yet straight-forward, course for the Tabla on Udemy! Whether you have never played before or already know basics this course is for you! This course will teach you Tabla in a practical manner, building a solid foundation of knowledge to progress from.... 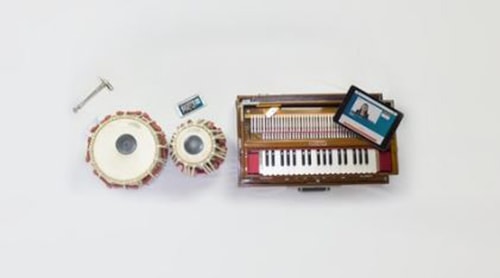 P2P | May 20 2017 | 550 MB Learn how to play Tabla to Bollywood, Ghazals, Bhajans and many more songs. This course will teach you the thekas and fillers used in traditional Indian drum, Tabla. Traditionally this knowledge was only attained by studying with a guru. Now we are bringing the guru to your fingertips, to get you playing in weeks, not years.... 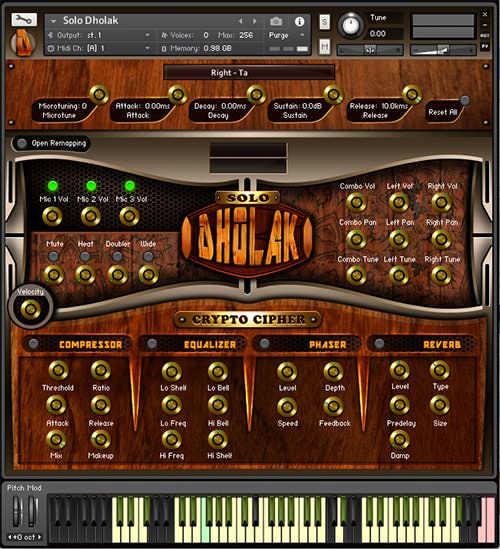 TEAM 0TH3Rside | August 28 2016 | 952 MB As already mentioned in our previous product “Dholak Loops” Dholak has two sides – the bigger side produces bass sounds and smaller side produces treble pitches.It looks like Punjabi dhol but smaller in size and played with fingers/hands instead of sticks.The instrument shell is made of high quality sheesham wood. Dholak is quite popular percussion...

AUDIOSTRiKE 23/06/2015 | 2.21 GB You already heard the “Magical Sound of Tabla” in our previous release which was performed by master tabla artist ” Jagannath Singh”. we have already discussed the effect of black ink spot on tabla which makes this instrument capable of producing one note higher than the main pitched note (Psyco-acoustic issue)....